Fascial Manipulation is a manual therapy method that has been developed by Luigi Stecco, an Italian physiotherapist from the north of Italy. This method has evolved over the last 40 years through study and practice in the treatment of a vast caseload of musculoskeletal problems.It focuses on the fascia, in particular the deep muscular fascia, including the epimysium and the retinacula and considers that the myofascial system is a three-dimensional continuum. Initially via collaboration with the Anatomy Faculties of the René Descartes University, Paris, France and the University of Padova in Italy and more recently with a host of different collaborations, Dr. Carla Stecco and Dr. Antonio Stecco have carried out extensive research into the anatomy and histology of the fascia via dissection of unembalmed cadavers. These dissections have enhanced the pre-existing biomechanical model already elaborated by Luigi Stecco by providing new histological and anatomical data 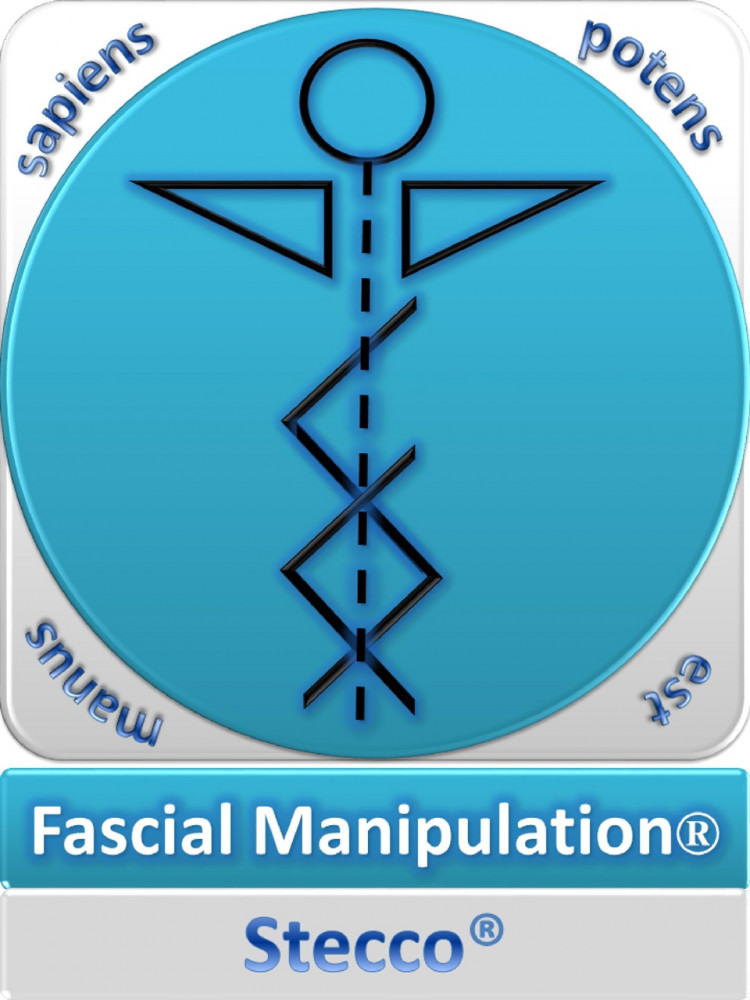 This method presents a complete biomechanical model that assists in deciphering the role of fascia in musculoskeletal disorders.
The mainstay of this manual method lies in the identification of a specific, localised area of the fascia in connection with a specific limited movement. Once a limited or painful movement is identified, then a specific point on the fascia is implicated and, through the appropriate manipulation of this precise part of the fascia, movement can be restored. In fact, by analysing musculoskeletal anatomy, Luigi Stecco realised that the body can be divided into 14 segments and that each body segment is essentially served by six myofascial units (mf units) consisting of monoarticular and biarticular unidirectional muscle fibres, their deep fascia (including epimysium) and the articulation that they move in one direction on one plane. Numerous muscle fibres originate from the fascia itself  and, in turn, myofascial insertions extend between different muscle groups to form myofascial sequences. Therefore, adjacent unidirectional myofascial units are united via myotendinous expansions and biarticular fibres to form myofascial sequences. While part of the fascia is anchored to bone, part is also always free to slide. The free part of the fascia allows the muscular traction, or the myofascial vectors, to converge at a specific point, named the vectorial Centre of Coordination or CC . The location of each CC has been calculated by taking into consideration the sum of the vectorial forces involved in the execution of each movement.
The six movements made on the three spatial planes are rarely carried out separately but, more commonly, are combined together to form intermediate trajectories, similar to the PNF patterns. In order to synchronize these complex movements other specific points of the fascia (often over retinacula) have been identified and, subsequently, named Centres of Fusion or CF. Fascia is formed by undulated collagen fibres and elastic fibres arranged in distinct layers, and within each layer the fibres are aligned in a different direction. Due to its undulated collagen fibres, fascia can be stretched and, thanks to its elastic fibres, it can then return to its original resting state. Given that fascia adapts to muscle stretch, it is unable to transmit force like a tendon or an aponeurosis. If these histological and functional distinctions are not taken into consideration, then one can confuse fascia with aponeuroses or, likewise, confuse the deep fascia with the subcutaneous connective tissue (superficial fascia). Subcutaneous connective tissue forms a very elastic, sliding membrane essential for thermal regulation, metabolic exchanges and the protection of vessels and nerves, whereas the deep fascia envelops the muscles, and surrounds the muscle’s aponeurosis up to where it inserts onto bone. The above-mentioned anatomical studies have, however, evidenced differences between the deep fascia of the trunk and that of the limbs . The first is formed by three layers, each of which includes or surrounds different muscle groups, namely a superficial layer (latissimus dorsi, gluteus maximus, external obliques), a middle layer (serratus posterior inferior and superior, iliocostalis) and a deep layer (interspinali, intertraversarii, multifidus, trasversus abdominus). In the limbs, the deep fascia is particularly thick, resembling an aponeurosis, and well organised, connecting and synergizing the muscles of the lower limb via its collagen fibres arranged in sequences and spiral formations

It is hypothesised, that the richly innervated fascia  could be maintained in a resting state of tension due to the different muscular fibres that insert onto it. Due to this optimal resting state, or basal tension, of the fascia, the free nerve endings and receptors within the fascial tissue are primed to perceive any variation in tension and, therefore, any movement of the body, whenever it occurs. Deep fascia is effectively an ideal structure for perceiving and, consequently, assisting in organizing movements. In fact, one vector, or afferent impulse, has no more significance to the Central Nervous System than any other vector unless these vectors are mapped out and given a spatial significance. In human beings, the complexity of physical activity is, in part, determined by the crossover synchrony between the limbs and a refined variability in gestures. Whenever a body part moves in any given direction in space there is a myofascial, tensional re-arrangement within the corresponding fascia. Afferents embedded within the fascia are stimulated, producing accurate directional information. Any impediment in the gliding of the fascia could alter afferent input resulting in incoherent movement. It is hypothesised that fascia is involved in proprioception and peripheral motor control in strict collaboration with the CNS.

The fascia is very extensive and so it would be difficult and inappropriate to work over the entire area. The localisation of precise points or key areas can render manipulation more effective. An accurate analysis of the myofascial connections based on an understanding of fascial anatomy can provide indications as to where it is best to intervene. Any non-physiological alteration of deep fascia could cause tensional changes along a related sequence resulting in incorrect activation of nerve receptors, uncoordinated movements, and consequent nociceptive afferents. Deep massage on these specific points (CC and CF) aims at restoring tensional balance. Compensatory tension may extend along a myofascial sequence so myofascial continuity could be involved in the referral of pain along a limb or at a distance, even in the absence of specific nerve root disturbance. In clinical practice, cases of sciatic-like pain and cervicobrachialgia without detectable nerve root irritation are common (8).

This method allows therapists to work at a distance from the actual site of pain, which is often inflamed due to non-physiological tension. For each mf unit, the area where pain is commonly felt has been mapped out and is known as the Centre of Perception (CP). In fact, it is important to place our attention on the cause of pain, tracing back to the origin of this anomalous tension, or more specifically to the CC and CF located  within the deep fascia.

Level II - (6 days) Completion of Level I is a prerequisite. Consolidates clinical application and introduces Centres of Fusion (CF) that are areas extremely important for proprioceptive dysfunction and complex movements.